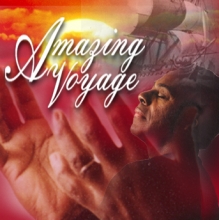 "Music is the most powerful way to inspire the human spirit."  - Don Lewis

DON LEWIS was a gifted musician and educator whose mission is to inspire and empower audiences to achieve their dreams. Whether presenting a solo concert or collaborating with other musicians and artists, Don's music brought a message of hope, respect, and community. Don began playing piano as a Dayton, Ohio high school student. Later, at Tuskegee Institute, he accompanied and sang with the Tuskegee Chorus and played for Dr. Martin Luther King, Jr.’s Freedom Rallies.

Uniting his interest in engineering with his musical talent, Don became one of the pioneers in synthesizer use and technology. In 1974, he designed and in 1977 built a synthesizer system, Live Electronic Orchestra (LEO) that was an inspiration for Musical Instrument Digital Interface (MIDI), which will be displayed 2020-30 at the Museum of Making Music in Carlsbad, CA.

Don has performed concerts worldwide and has appeared as a soloist with many symphony orchestras. As a studio artist, he has worked with such greats as Quincy Jones, Sergio Mendez, Billy Preston and Michael Jackson, in addition to opening for and touring with The Beach Boys. Don has also created scores for film and television productions including the award winning "Rainbow's End" and "Were You There" series featured on PBS.

In addition he has scored commercials for such clients as Nissan, Pacific Telephone, and Digital Equipment Corp.

Also an enthusiastic teacher, Lewis continues as a highly sought after educator, specializing in Gospel Music history, Multi-Media and Synthesizer Technology; having lectured at Stanford University, UC Berkeley and San Jose State. In 1987, Don combined his love of children, education and music to create Say “Yes” to Music! Since then, he has delighted thousands of students, teachers and school administrators across the United States and Canada with his inspiring musical interactive concerts.

Throughout the years Don has been a concert artist and consultant with an impressive list of musical instrument manufacturers including Hammond, Arp, Roland Corporation, Rodgers Instruments and Yamaha.

A career in music was not my first consideration, but understood music had power to change the way you feel about things. After playing music and directing choirs in churches and schools, I was offered an opportunity to play in a restaurant in Denver and saw people I didn’t know respond to my music, maybe this was a sign to pursue the positive feelings I felt about the positive feelings I received from them.

I had 3 piano teachers, Florence Upshaw, Kathren Duncan, Olga Gates. I started taking piano late at 14 years old, by most standards, and it was not my goal to play piano, but to play the organ. I was inspired to play the organ by Ulysses Rivers, one of the organists at Mt Enon Baptist church, Dayton, OH.

Olga Gates was a very inspiring teacher who really challenged and mentored me. My Grandmother Roena was so supportive after my first year of piano she bought a used upright piano for me to practice my lessons after playing on a cardboard keyboard the year before.

My organ teacher, Velma Kenny, was a first class church and concert organist, who could play jazz and could play organ pedals in 3 inch spike heels! Wow! Clarence Francois , was my choral mentor at Dunbar High School in Dayton , OH. Relford Patterson, William Dawson, and Odell Hobbs were my choral music mentors at Tuskegee Institute.

Quincy Jones was my inspiration after hearing so many of his music productions. I came to CA to see if I could find a way to work with him. The Hammond organ executives Tom Thompson and Jack Ripperger gave me the opportunity to be a Hammond artist that opened the doors to the music industry. David Kent who   gave me three commissions to compose for the Denver Symphony Orchestra. Paul Pittman introduced me to ARP synthesizers that changed my life.

Ikutaro Kakehshi, founder of Roland, who was inspired to create MIDI because of my Live Electronic Orchestra LEO synthesizer controller system. Ned Augustenborg who created a fantastic documentary “The Ballad of Don Lewis”, chronicling some of the highlights and challenges that I faced merging music and technology to inspire generations of music makers and lovers of music.

It would be live at a natural outdoor acoustic environment like Red Rocks in Colorado or Stern Grove in SF and virtually reproduced simultaneously to broadband internet, and it would include the LSO, SFO, MTT, Dudamel, Yo Yo Ma, Mormon Tabernacle Choir, the Mississippi Mass Choir, Alicia Keys, Aretha Franklin, Jessie Norman, Paul Robeson, Duke Ellington, Don Shirley, Ray Charles, James Cleveland, Quincy Jones, my Mom and Grandmother. This would be a Heavenly experience of which we all find our co-creator spirits for which we were created to be!

Sound waves and wave propagation in medicine and the mind!

Don Lewis, the pioneering electronic music composer and musician, died Sunday (November 6), his representatives confirmed to Pitchfork. Over a 54-year career in music, Lewis designed sounds and instrument voices for Hammond, Roland, Yamaha, and ARP, and developed a unique live rig that was years ahead of its time. He was 81.

Born in Dayton, Ohio, Lewis served in the Air Force as a Nuclear Weapons Specialist in Denver, Colorado, but would eventually move to Los Angeles. In 1981, he settled in Pleasanton, in California’s East Bay suburbs.

In the mid-1970s, he developed the “Live Electronic Orchestra,” a custom rig he used to control multiple synthesizers and sound modules with custom-designed keyboards nearly a decade before the introduction of MIDI in 1983. He designed voices for the Yamaha DX7, among other synthesizers, and worked directly with Roland founder Ikutarô Kakehashi developing rhythm units, including the iconic TR-808 drum machine.

Over the course of his career Lewis gave performances at the Sydney Opera House, Carnegie Hall, and the Apollo Theater and collaborated with the likes of Quincy Jones, Michael Jackson, and the Beach Boys. In 1987, he created the education-focused “Say Yes to Music!” concert tours, produced by his wife Julie.

His life and career is profiled in Ned Augustenborg’s documentary Don Lewis and the Live Electric Orchestra. It’s set to make its national broadcast debut on PBS in February 2023.