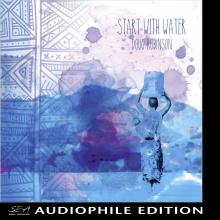 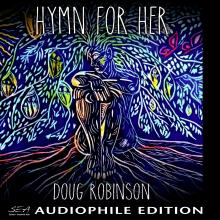 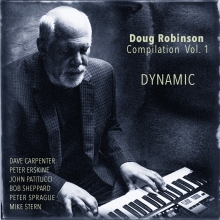 Composer and multi-instrumentalist Doug Robinson grew up in San Diego, CA. An award-wining big band drummer throughout high school, Doug was also performing and recording at a professional level on several other instruments by the time he was 18. He had a 15-year apprenticeship with bebop trombone legend Frank Rehak (Miles Davis, John Coltrane).

In 2004, Doug moved to San Miguel de Allende and has been producing sold out concerts around Mexico ever since. Doug has released several independent CDs on his own label including critically-acclaimed titles featuring jazz legends like Peter Erskine, Mike Stern, John Patitucci and others.

What the critics are saying: “While Robinson has technical facility to spare, feeling is primary in his music.” JAZZIZ MAGAZINE “Unpretentious, refreshing innovation in jazz…” San Diego Troubadour “It’s apparent that a great deal of thought went into these compositions, each one standing out as a unique creation. In the space of a few minutes, Robinson makes a strong musical statement and is able to take his listeners on musical excursions that are sometimes somber, sometimes slightly whimsical, but always intriguing. “ Paul Hornick “Doug Robinson continues to redefine the unique musical language he brought with him when he relocated from California to Mexico.

His new environment has provided him with great inspiration, and he employs the new colors from this palette with intelligence and charm. He writes from the heart.“ Peter Erskine “The controlled nature of Robinson’s performance lends a fantastic sense of drama to a track already full of emotion, all presented with the same skill on both sides of the glass.” Recording Magazine “Like biting into a stick of dynamite!” Visalia Times Delta

HYMN FOR HER is a collection of original compositions and arrangements by pianist Doug Robinson, recorded in Mexico City December 2019, and featuring drummer Hernán Hecht, bassist Benjamin Garcia as well as vocalist Iraida Noriega on a re-imagining of the Beatles' Rain.

In fact, although it's been the driving force of my life from the moment I heard the Beatles on Ed Sullivan, as I became a professional musician I decided it would suit me more to have a separate career in creative marketing to support myself--I figured that if I had to support myself by composing, I'd end up composing only what most people were most likely to buy, and I had no interest in mainstream music. So for years, I served my clients and their corporate masters, while gaining a reputation as an indie musician and composer.

As a jazz piano player, it would be Herbie Hancock, Keith Jarrett, Bill Evans, Brad Meldhau, Ramsey Lewis and Horace Silver. For rock, it was Leon Russell, Elton John and Billy Joel. As a singer/songwriter, Randy Newman and Rupert Holmes. As an all-around musician, it would be the Beatles and George Martin, Weather Report, Pat Metheny and the late Don Grolnick.

My high school big band was a freakishly good ensemble of talented young kids: bassist Nathan East, pianist Carl Evans Jr, saxophonists Hollis Gentry lll and Cory Homnick. We won almost all of the state jazz festivals (I was playing drums in that band). We were lucky to have an inspiring teacher like Dennis Foster who somehow kept all of us focused. Later, I mentored with bebop jazz trombonist Frank Rehak and a wicked Zen master/classical teacher, Al Bauman.

Neat question. For a recording, I would actually like to set up Peter Erskine and Steve Gadd in the studio together, no other players, and just say "Don't come out till you have 10 tracks!" A live concert? Herbie, Erskine and John Patitucci as a trio as long as they'd let me sit in on melodica or organ on one tune.

I stopped playing music for 6 straight months in my 20s--I just felt like I need a break. My spoken vocabulary increased greatly and I started writing short stories which I loved. In any case, it would be something in the creative arts--life is short and hopefully there is some value in the way I interpret the passing of time as an artist.